Below is an excerpt of column that originated on It’s a Southern Thing. Click here to be immediately linked to the full column. Reading the full column there helps bring readership to SouthernThing.com. Thanks!

We Southerners like to think of ourselves as the most colorful folks – in language, food creations and general quirkiness – but lately I’ve been wondering if the Brits don’t give us a run for our money.

Sweetums and I have been watching the Peacock TV series “Escape to the Chateau,” in which a very colorful British couple – he’s a retired lieutenant colonel with a big personality and bigger walrus moustache, she’s a designer who loves dressing like a 1940s pinup with bright red curls and lipstick – are renovating a five-story, long-abandoned French castle they bought for next to nothing. (You `can sign up for Peacock TV here if you want to watch it.) 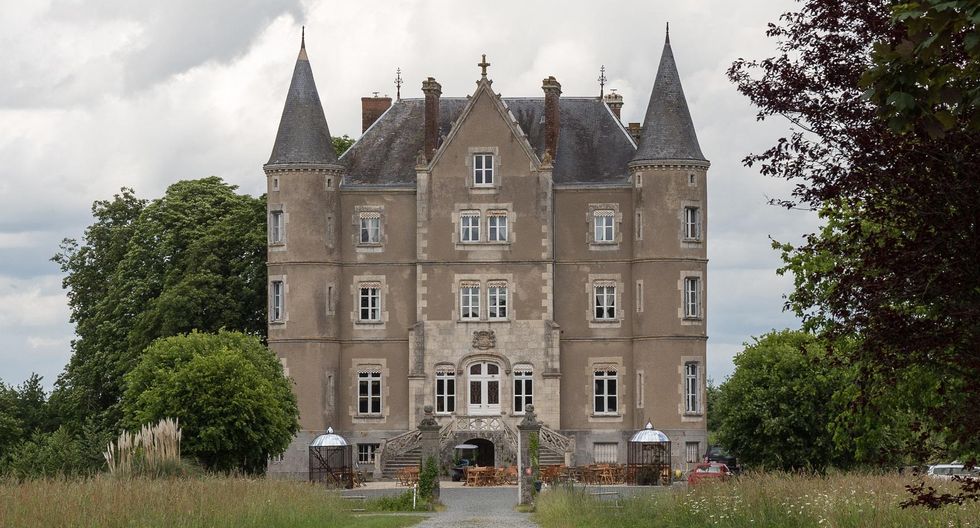 It is so much fun to watch Dick Strawbridge, an engineer, figure out how to install heat, plumbing and an elevator (ie., a “lift”) in one of the turrets, while Angela creates eye-popping interior designs and gets their wedding and events business started. Brits have always fascinated me. Like Southerners, they give strange names to their foods, eating such dishes as “spotted dick” (a type of pudding) and “bubble and squeak” (a dish of fried potatoes and cabbage). They even call the leftover drippings in the bottom of the pan – something we might use to make gravy – “mucky dripping.”

And, of course, they say things in such wonderfully odd ways, such as shed-yule for “schedule” and simma-tree for “cemetery.” It’s a fun accent. In fact, when Sweetums and I learned the chateau has a moat, we began going around the house saying in very broad and terrible British accents, “Dick Strawbridge needs a drawbridge.” What can I say? We’re easily amused.

The problem is, the Brits have atrocious spelling and they’re very reckless with their articles, such as “the,” which they continuously lose. No offense, British folks. It’s just that y’all write “colour” and “pyjamas” – wrong! And, rather than going to visit the hospital, you “go to hospital.” I mean, it’s just careless. Thankfully, we Southerners pick up all those “the’s” to keep them from going to waste, as in “Grandpa’s going to the Walmart” or “Ed Earl has the bursitis.”

An adorable British error is adding a letter/syllable that isn’t even there when they pronounce aluminum as “al-oo-mini-um.” It’s like they’re trying to add syllables where there are none, just like we Southerners do!

And like Southerners, they’ve invented a second-person plural because the English language, the one we share, does not have one. Someone just flat-out forgot to give us one. So Southerners created “y’all,” short for “you all.” Very handy. Brits, according to the TV shows and movies I’ve been watching, say, “you lot.”

Example: “Where are you lot off to?” instead of “Where’re y’all goin’?” Continue reading the column by clicking here.