Sweetums and I were on one of our road trips last month when he saw a billboard that read: “Dean’s Cake House.” He noted the billboard but kept driving. It’s like he doesn’t even know me, y’all.

Do I look like the type who’s going to bypass something called a “cake house?” We turned into town to take a photo of one of the roadside giants we’d never seen in person: the Giant White Dress Shirt. Yep, the starched shirt on a pole stands in front of the Chamber of Commerce to honor the city’s past as a major textile hub.

Thankfully (for Sweetums), we had to drive right past Dean’s Cake House. Although it was a modest building, what was inside was pure scrumptiousness. Ms. Dean (Dean Jacobs) is the baker and she specializes in old-fashioned seven-layer cakes, just like grandma used to make. Cakes lined the shelves but, since we were staying in a hotel, I didn’t plan to buy a whole one. Instead, I looked in the cooler where cake was offered by the slice. But it was too difficult to choose between them so …. I left the store with a slice each of lemon, chocolate and caramel. 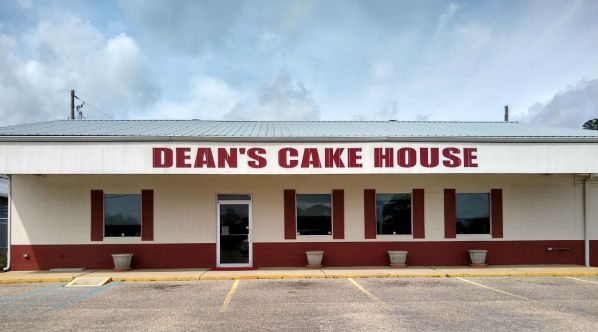 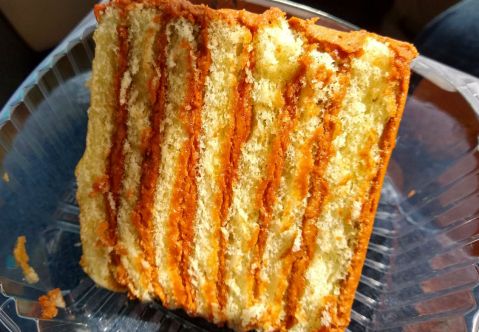 They were all slices of grandma’s love and yumminess but the caramel, y’all. Omigosh.

Then we took a tour of Andalusia, a small south Alabama town where I’d never spent any time. It was so quaint, with a pioneer village, historic depot and museum, a historic theater and an amazing store with a collection of old-fashioned toys on display. We also loved the many murals painted on downtown businesses by artist Wes Hardin, including one marking the site where Hank Williams Sr. married his wife Audrey in 1944.

I also adored the Dairy Queen, which is unusual in that it is made up of two buildings — the original walk-up dairy bar and the building next door, which includes indoor seating. Click here to see my post about it.

“After the Creek Indian War of 1812, legend has it that Andrew Jackson traveled through this area marching troops en route to New Orleans initially marking a ‘Three-Notch Trail’ through this wilderness enabling him and his troops to find their way back. It is believed that he or some of his troops camped just north of the present Andalusia city limits near the Heath Community at Soldier’s Head Creek. …. Since the Three-Notch passed through the area of Andalusia and Troy, streets in both of these towns have been named ‘Three-Notch’ to commemorate the road.”

To celebrate the town’s textile history, a giant white dress shirt was erected outside the Chamber of Commerce. Perhaps it’s the World’s Largest … I’ve never come across any others.

A really nice pioneer village was created at the depot, which houses the Three-Notch Museum. 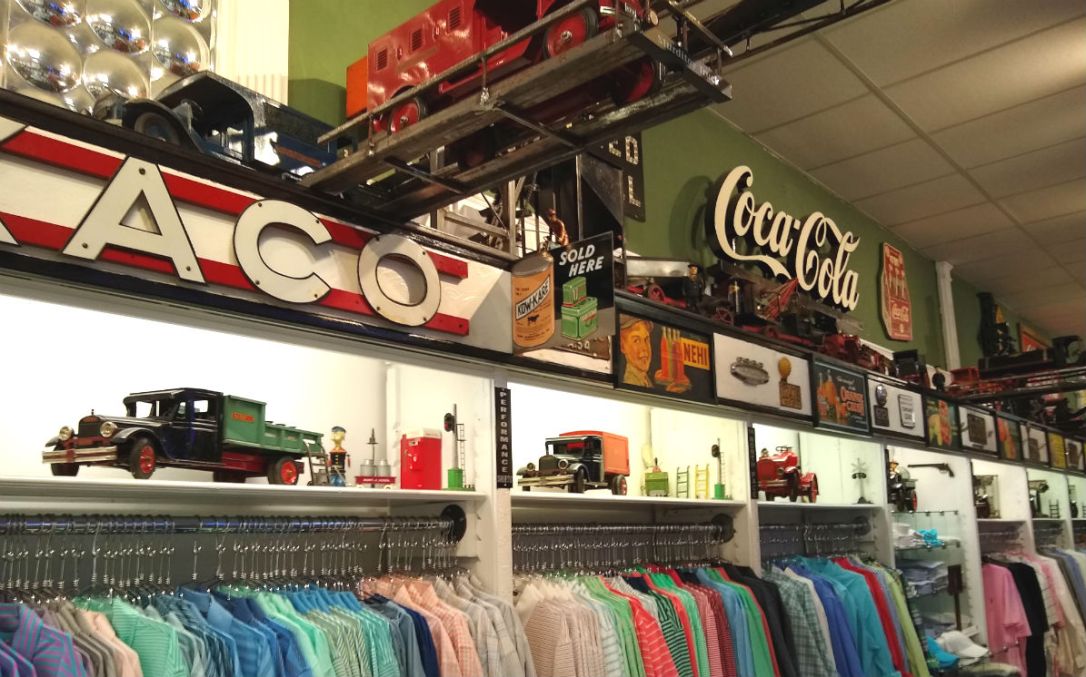