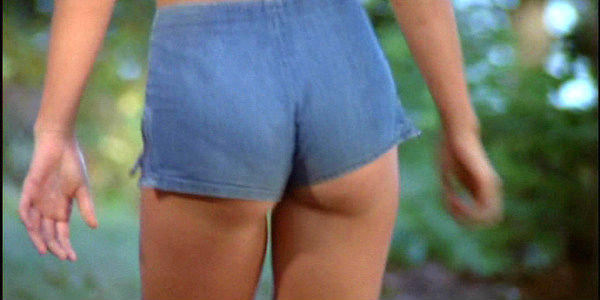 I don’t write serious posts very often but I feel the need to tackle an issue brought to the forefront this week by one of my favorite actresses, Angela Lansbury. The 92-year-old was taken to task on social media for her comments about women being partially to blame for harassment when they dress provocatively.

Here is more of her statement via USA Today: “There are two sides to this coin. We have to own up to the fact that women, since time immemorial, have gone out of their way to make themselves attractive. And unfortunately it has backfired on us — and this is where we are today. We must sometimes take blame, women. I really do think that. Although it’s awful to say we can’t make ourselves look as attractive as possible without being knocked down and raped.”

That last part is true, of course. It is awful to think women can’t look attractive without being assaulted for it. But is she entirely wrong about the reasons we dress certain ways?

I may risk getting the same backlash as she did, but I am merely posing a question: Why do we, as women, sometimes dress in a manner to make men look at us, sometimes in ways meant to draw sexual attention? For example, shorts that leave our butt cheeks bare or tops that show much of our breasts? Is it really for our own comfort and confidence, or is it because we are seeking attention of a sexual nature? If we do want sexual attention, why?

Click here to read an AL.com column I wrote about slut-shaming.

On Black Friday, I went to Victoria’s Secret with Baby Girl. I don’t go for myself mainly because I find anything called lingerie entirely uncomfortable. My idea of wearing sexy lingerie is when my support bra is the same color as my granny panties.

But in the store, sitting atop an array of lacy thongs, was a promotional poster. It showed three beautiful women in the middle of a forest. They were facing away from the camera, and wearing long-sleeved shirts and boots, so presumably it was a cool day in this forest. But the women weren’t wearing jeans or hiking pants – they were wearing panties. They were pulling up their shirt hems and pushing out their butts to better show their underpants. I realize Victoria’s Secret is in the business of selling panties but why do they need to sex them up to sell them to their target audience: women? I’ve never met a woman who goes hiking in a forest in her boots and panties. So I suppose that’s another part of my question: Does this kind of advertising make women think they have to dress for the benefit of men rather than for themselves?

Let’s face it: Women’s “privates,” by which I mean parts that are typically covered by bathing suits, are judged to be more attractive than men’s dangly bits. In other words, if men wore booty shorts or crop tops, we wouldn’t be turned on. We would laugh. But when women wear them, we know there could be some sexual reaction. Because of this, men are not judged by the way they dress … and they rarely dress in a manner meant to “show skin.”

I am not saying in any shape, form, or fashion that women who dress provocatively should be harassed or assaulted. There is NO excuse for that. No matter how we dress, men should be able to control themselves. They aren’t children and should be able to “keep it in their pants,” as the saying goes. I am just asking what it is we women hope for when we put our (usually) private parts on public display. Are we more confident dressed this way? Do we want people to notice us? Do we want to attract someone to ask us out? If so, couldn’t we accomplish the same thing while fully clothed?

I dressed provocatively when I was younger. If I did it now, people would laugh. Which just adds to the equation: If I don’t do it now because of my age and weight, why did I do it when I was young and hot? The answer is because I was young and hot and looked sexy in those clothes. I wanted to be noticed. I was not seeking to be groped but perhaps I was hoping to be ogled, at least by this definition: “to look at amorously, flirtatiously, or impertinently.”

Like anyone else, I enjoy feeling sexy. It’s a characteristic of being human. And of course, women should dress as they choose without fear of slut-shaming. But as a woman raised in the south, with a mom who didn’t approve of short skirts or belly-baring tops, I wonder if there is a line between dressing to be sexy and confident, and dressing to the point of showing parts that are typically “private.”

What do you think? Is any manner of dress OK as long as it makes us happy? Do we have any responsibility to those who are looking at us, men and women? And also, are our attitudes generational? Or regional?

13 thoughts on “What does the way women dress have to do with the sexual harassment problem?”