At one point when Sweetums and I were in North Carolina, we were driving aimlessly, as we often do, with no immediate plans to stop anywhere. When I’d see a sign saying which towns were approaching, I’d look online to see if there were any interesting sites to see in each one.

As we approached Blowing Rock, we knew we wanted to see The Blowing Rock itself and the quaint downtown area but I also came across this gorgeous historic, 13,000 (!!) square-foot mansion, known as Moses Cone Manor or Flat Top Manor. We didn’t know if it was open for tours but wanted to stop and see it anyway. (I am a bigger fan of historic homes than Sweetums).

The home is located at Mile Marker 294 on the Blue Ridge Parkway. The estate’s 3,500 acres is now a park with horse-riding and walking trails.

We would later learn Flat Top Manor was used in filming the movie “The Green Mile,” acting as the Georgia Pines nursing home show in the movie.

When we arrived, we were happy to learn that not only was the mansion used as a gallery/gift shop for local crafters who make amazing jewelry, pottery, woodwork, quilts, glass, art and more, but the upstairs rooms that were typically closed to the public were open that day for free tours.

The crafts gallery and shops, called Parkway Crafts Center, take up the entire lower floor with an incredible array of items for sale, with one room acting as a visitor center and gift shop selling books about the home and souvenirs. The center not only supports local crafters but helps fund maintenance for the home, which is in need of repair.

The mansion was built by Moses Cone, described by BlueRidgeHeritage.com as a “prosperous textile entrepreneur, conservationist, and philanthropist of the Gilded Age,” beginning in 1899. Completed in 1901, the manor overlooks a lake and has an incredible view of the mountains. His wife Bertha helped plan the home, which is in the Victorian Neo-Colonial style.

The layout and style of the home is fairly simple, given its size, but it included bathrooms with indoor plumbing, a telephone and a central heating system. It was lit by gaslight and many of the original fixtures survive.

The building materials and furniture were delivered to Lenior, N.C., by rail and brought up the mountain with horse-drawn wagons.

To me, the most impressive feature, other than the view from the upstairs windows, was the windows themselves with their detailed leaded glass.

Moses’s sisters, Dr. Claribel Cone and Etta Cone of Baltimore, Md., who often visited the estate, were well-known art collectors who amassed a large collection of modern art now housed in the Baltimore Museum of Art, according to the book “The Cone Sisters of Baltimore: Collecting at Full Tilt.”

They were close friends with Gertrude Stein and artist Henri Matisse. Stein was known to have visited the Cone Manor in North Carolina. 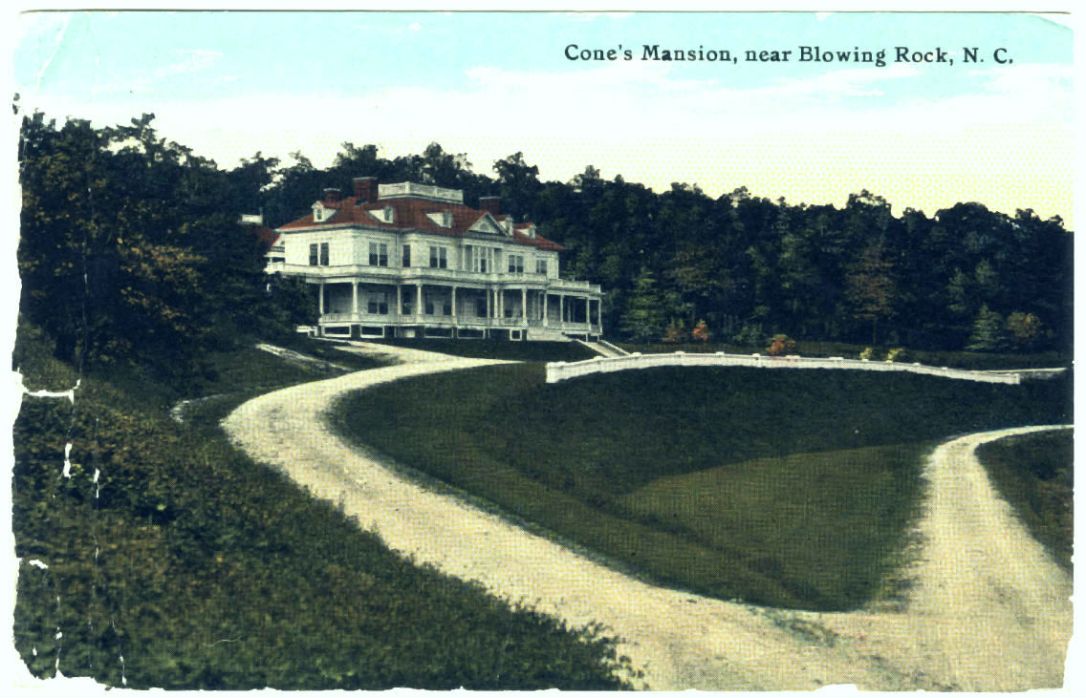 The home is definitely worth a stop if you’re in Blowing Rock.